"Youth in perspective. What does it mean to be young today?"

On March 24, 2016 it was 40 years since the last coup. From that moment on, it is that State Terrorism, already present in Argentina for several years ago, unloaded all its repressive power on broad social sectors. The painful balance of the last civic-military dictatorship was 30,000 people arrested, disappeared, thousands of political prisoners, censorship, fear and social discipline on the basis of terror. In the framework of this new anniversary of the last coup, it is that we intend to think and carry out the 5th edition of the Project Posters. Thinking about the present with memory.

Youth, as it is recognized today, arises during the second postwar period in the context of the imposition of the ways of life of the victors and the growth in the level of consumption, through the consolidation of the Welfare States in Western Europe and the United States. Thus, the youth was configured as an independent group, a conscious social  actor, and as the owner of a properly youthful culture.

Many times youth sectors were identified as the “bad apple” of our society, where morality and “good customs” had been lost. In this way, State Terrorism relentlessly persecuted youths, murdering and disappearing those young people who committed to their time. Not only was violence and the systematic practice of disappearance carried out, but they also used spaces for socialization youth as forms of social discipline through intimidation and strict control of their behaviors (school, factory, public spaces such as squares, bars, discos, etc.). In this sense, it is no coincidence that more than 80% of the detainees-disappeared from the last civic-military dictatorship were people between 16 and 35 years old (CONADEP, 2006), making it clear that one of the intentions of Terrorism in State was to silence the different expressions that the youth was carrying out.

However, during the last 40 years, broad youth sectors accompanied other social actors in the changes that took place at the political, social, cultural and artistic levels in Argentina. From the resistance in the middle of the civic-military dictatorship, the fight for the prosecution of the genocides to the counter-cultural movements of rock or the fight for a fair and equal education, young people helped to raise new ways of relating to each other.

Based on the aforementioned, we believe that young people are relevant actors not only in the great historical events but also in the development of daily life. Being young means constantly being in the focus of society, encountering an adult world that is often alien and loaded with stigma. For this reason, in this 5th edition of the Project Posters “Youth in perspective. What does it mean to be young today? ”, Let’s focus on thinking about youth.

This year, the MINU, a non-profit Civil Association, will accompany us in the work process, dedicated to the development of educational programs that promote the participation of young people in society. From the association, participatory projects are developed on different axes, seeking that young people are recognized as a factor of change in the different topics addressed and in society in general. They are also dedicated to the design and advice in the generation of participative educational dynamics with social organizations and public bodies.

During the process of thinking and designing this new edition of the Poster Project, we understood that we can provide theoretical, practical, conceptual and historical tools. However, who better than young people to think and tell what is their own view of the world? This is why we feel it necessary and we find it enriching to give voice to young people, in order for them to offer us the view they have today about themselves and about what is happening around them:

What happens to young people when they listen to the ways in which they represent themselves? Is it possible to transform those looks? What are the current spaces where young people express themselves? What forms of participation exist among young people? We are interested in this 5th Edition of the Poster Project that young people can express their gaze in an artistic production of its own, which at the same time serves to transmit and debate along with others about those views.
Within it, we take the neighborhood as a central place for city dwellers. A neighborhood is a portion of the city, which usually has its own identity and whose inhabitants can be seen reflected in it in different ways. Identity with a neighborhood is not an essence but an identification process that can continue or be lost. Historically, popular neighborhoods were familiar in tone for their occupants. Customs, daily rituals, work experiences, collaboration networks between neighbors, the appropriation of common spaces, facilitated the creation of a sense of belonging. Currently, the neighborhood can be interpreted in different ways, there being a multiplicity of neighborhood ways of life, according to who or who are questioned, becoming complex, changing spaces, of tension but also of belonging. The place that the neighborhood occupies for young people will be one of the questions from which we will start to think about this Project.

On the other hand, historically, public space is the place par excellence for demonstration and resistance. Faced with the impossibility of being heard the claims or needs in other instances, the groups turn to the public space in order to make their demands visible. Even in the moments when public space was more controlled, as happened during the civic-military dictatorships in Argentina, it was still a place of expression and resistance. The rounds of the Mothers and Grandmothers of Plaza de Mayo breaking into the plaza to denounce the disappearance of their children and the appropriation of their grandchildren, is one of the many examples that we can cite. At present, mobilizations continue to be one of the privileged forms of protest and expression of the population. The street, on the other hand, is also the stage where people gather not only to complain but to celebrate and feel united. The full use of this scenario constitutes a fundamental right that fosters the collective interest over the individual property right. However, at present, the taking of public space continues to present itself as a conflict in some sectors or the media, generating various debates on the forms of use and expression.

One of the many ways to intervene in public space is through artistic expressions. These are often used by collectives or artistic groups as a form of action and transmission of slogans of all kinds. In this way, street art is one of the many forms of social, cultural and political expression that both societies and states have known how to use throughout history. The urban space is continuously intervened by different people or artistic groups that express ideas, concerns or commemorate historical dates or events.

Taking into account what was said previously, in this edition of the Project Posters – “What do we do on the street? Uses and disputes of public space “, we propose to think and put into debate with young people the uses of public space in these three axes: the neighborhood, the manifestations and resistance that take the street as a place of expression and the intervention of street art as one more resource of urban expression. In the present material, we will develop these axes in a broader way, presenting above all the questions that we consider important to ask ourselves today together with the young people, in order to debate the current reality and their views on it. At the end of the material, we will also present some activities and suggestions for working on these topics in the classroom.

We thank those who contributed theoretical material for the formation of the Team, offered support in the artistic tool and dedicated their time to orienting us on the subject matter worked on: 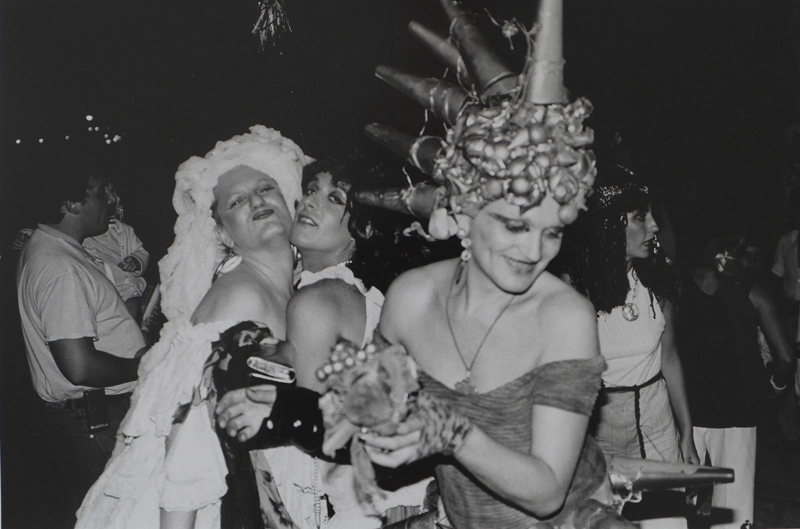